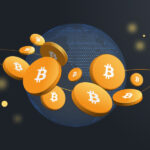 Bitcoin may have started in the United States, which reportedly claims the most public Bitcoin addresses (27%) and the highest share of Bitcoin in circulation (19%), but that doesn’t mean the U.S. is the adoption leader. A pair of late 2021 reports suggest the U.S. ranks 8th in overall adoption and 48th in adoption speed.

How is that possible? The wealth and size of the U.S. plays a significant role in its position as the leader of collective Bitcoin holdings, but per-person BTC adoption rates are something different entirely, and these studies used weighted metrics to produce their rankings.

So which country has the highest overall adoption of Bitcoin?

According to October 2021 data by Chainalysis, Vietnam took the top spot, followed by India, Pakistan, Ukraine, Kenya, Nigeria, Venezuela and then the United States. China, reportedly home to 18% of all Bitcoin in circulation despite a government ban, finished 13th. The country actually led the pack in two out of three metrics, but China fared poorly in the third metric, i.e., peer-to-peer exchange trade volume weighted by purchasing power parity per capita and total number of internet users.

As for the speed of Bitcoin adoption, the December 2021 study found that “Russia is the nation with the fastest Bitcoin adoption” and by a significant margin. In light of recent events in the region, adoption rates in both Russia and Ukraine may have changed significantly since, arguably with much higher rates. Iceland, Moldova, Finland and China rounded out the Top 5. Vietnam actually finished 38th on the list, which suggests these studies help paint a broad picture of adoption rates yet likely have a high margin of error.

A June 2022 report by Mastercard also found widespread adoption in Latin America, with a narrow majority of consumers (51%) having already made a transaction using cryptoassets on platforms like Lemon Cash. Per the report, “Mastercard’s New Payments Index 2022 reveals that 86% of Latino consumers have used at least one emerging payment method in the past year. While 77% of Americans and 74% of Europeans prefer traditional payment methods to newer ones, Latinos are willing to use emerging methods.”

Likewise, the 2022 Global State of Crypto found that people were five times more likely to purchase cryptoassets in the next year if their national currency experienced a devaluation of more than 50% against the U.S. dollar in the past decade. Brazil (45%), India (40%), Mexico (32%) and South Africa (32%) led the list in this category. In the United States, 40% of crypto holders see cryptoassets as a hedge against inflation.

At present, data on Bitcoin adoption is largely limited to global surveys and studies that often use different metrics, but the available data does show a rapid acceleration of Bitcoin adoption as both a store of value and medium of exchange. This appears to be especially true in countries struggling with inflation, trade barriers and volatile currencies, further adding to the argument that Bitcoin can help provide greater parity and equality as the world’s first and most secure decentralized digital currency.