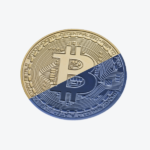 What is the Bitcoin Halving?4 min read

What is the Bitcoin Halving?4 min read

Every four years the Bitcoin network experiences an event that reduces the rate at which Bitcoin (BTC) is created. This event has been deemed “the halving” and it’s a characteristic that helps define the value of Bitcoin.

To better understand the importance of the Bitcoin Halving, you need to understand the basics of Bitcoin mining in the Bitcoin network. Basically, new Bitcoin is created as a reward for miners after successfully mining a Bitcoin block. This is known as a block reward.

Unlike traditional paper currencies that can be endlessly printed, Bitcoin has a limited supply of only 21 million that will ever exist. Right now, there are over 18 million BTC mined and in circulation, but that doesn’t mean we’re going to reach the 21 million limit any time soon. Because of the design of the Bitcoin protocol which has been running since 2009, for every 210,000 Bitcoin blocks which occur on average every 4 years, the network initiates the “halving” and the production of new Bitcoin (the block reward) gets cut in half.

How much Bitcoin will miners receive after the next halving?

The next halving is expected around May 16, 2020. The exact date is not 100% certain since the generation of new blocks can speed up or slow down. Currently, the Bitcoin network produces on average one new Bitcoin block every ten minutes.

With this continuous reduction of rewards for miners in the Bitcoin network, the fee structure will certainly change to provide an incentive for miners to continue to power the network. Miners in the Bitcoin network do collect transaction fees and it’s likely that the transaction fees will increase to provide an incentive for miners to remain in the network and create competition for the lowest fees possible. So as the block rewards continue to decrease, pay close attention to the profitability of nodes processing transactions as they become the main compensation for miners.

Will the Halving affect the Bitcoin price?

Obviously, the main question about the halving is whether it will affect the price of Bitcoin but it’s impossible to know the answer. Historically speaking, the price of Bitcoin has increased after every halving, but the true value is deemed by the ratio of supply and its demand. Since the halving cuts down the production of new Bitcoin entering circulation, Bitcoin as an asset becomes even more scarce. If the demand for Bitcoin is still there or increases after the halving occurs, we’re sure to witness an increase in price.

The Halving of the Bitcoin block rewards is one of the core features of the Bitcoin protocol. Because of it, Bitcoin can retain the deflationary qualities that make it so valuable as a currency. The Halving prevents Bitcoin from becoming inflationary like a traditional paper currency that can be endlessly printed by central powers controlling the financial system. The value of Bitcoin increasing after the halving relies on multiple factors that drive its supply and demand but according to historical precedence, the halving is looking to have a strong effect on the value of Bitcoin.

Whether you want to wait till after the Bitcoin halving to increase your exposure to Bitcoin or if you want to start accepting Bitcoin at your business today, OpenNode provides a solution for you to get started for free! With instant transactions and automatic conversions to traditional currency, you don’t need to worry about the halving affecting the price of Bitcoin when you can exchange Bitcoin on our platform at any time. Learn all about our platform and how we can help you accept Bitcoin payments here.