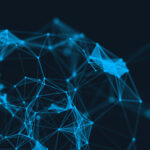 What is the Lightning Network?

Lightning is a decentralized network that uses smart contract functionality to enable near-instant payments over a network of peer-peer participants. The lightning network is a second layer protocol built on top of the Bitcoin network; A layer 2 solution means that although the lightning network is built separately, it can still interact with the Bitcoin blockchain. It allows transactions in the network to scale while still keeping the security and decentralization of the Bitcoin network.

Although the Bitcoin base layer provides excellent security, transparency, and decentralization, it can be slow and costly for widespread everyday transactions. In Bitcoin, new blocks are generated on average every 10 minutes and support less than 7 transactions per second with a 1-megabyte block limit. In contrast, a payment processor like Visa or Mastercard can support thousands of transactions per second. Additionally, as the Bitcoin network grows, mining fees in the network are expected to rise due to higher network traffic and demand, making it impractical for everyday use. Transactions confirmed on the bitcoin blockchain may even take several hours before it is confirmed. To achieve much higher transaction throughput without compromising on decentralization and security, lightning network was proposed to make transactions extremely fast and cheap.

How does Lightning work

To demonstrate how the lightning network works, we will use an example of a transaction between Bob and Alice. To start transacting on the lightning network, Bob and Alice will open up a payment channel by depositing bitcoin in a 2-of-2 multisig address. The multi-sig wallet acts as a vault and requires two private keys to authorize, unlocking each user’s funds. This means that both parties must be present to approve the funds. This initial transaction, called the funding transaction, is on-chain and is recorded on the Bitcoin blockchain. When this transaction is confirmed, the Lightning channel is established. The amount of the funding transaction represents the channel’s maximum capacity and is the maximum amount of funds that can be transacted via the channel.

Routing allows nodes to transact even if they are not connected directly. Since all parties have multiple multi-signature channels with different users on the network, users can transact with any other party across the network as long as an interconnected channel path exists between them. If a user wants to transact with a user, but they aren’t connected through a direct channel, they do not have to establish another payment channel. They might be connected indirectly through a single or even multiple nodes; hence, the sender can route the transaction using other nodes’ paths. There must be enough liquidity on the channel paths for routing to work correctly on the Lightning Network. As long as there is an interconnected channel and enough funds on the channel path, transactions can occur.

To prevent cheating in the system, Hash Time Locked Contracts (HTLC) are used. HTLCs allow transactions to be routed across multiple nodes. HTLCs enable two parties to transact without a direct channel between them, using intermediary channels instead. HTLC is a regular bitcoin transaction with a unique script inside it, also known as a smart contract. It is a conditional payment where the transaction is locked for a period of time. HTLCs function as a promising mechanism by producing conditional payments in Bitcoin.  A HTLC  uses hashlocks and timelocks to require that the receiver of payment either acknowledge receiving the payment before a deadline by generating cryptographic proof of payment or forfeit the ability to claim the amount, returning it to the payer

For Alice to buy a coffee from the shop, the shop can create an invoice requesting 1000 satoshis for the coffee. In the invoice, the coffee shop will generate a random data(x) called the preimage and then generates its SHA256 hash — h(x)

Because the shop isn’t directly connected to Alice, the shop’s lightning node will check if a path exists between them that it can use. When the shop’s node sees that it has a payment channel with Bob, who happens to have a channel with Alice, Alice can then accept the invoice in her wallet.

Alice can then use her payment channel with Bob to pay him 1,000 satoshis (plus a small fee). She will also add the hash the coffee shop gave her in the invoice along with an extra condition: for Bob to claim the payment, he has to provide the data used to produce that hash. This is a contingent payment with a timelock.

Bob uses his payment channel with the coffee shop to pay for the coffee, and Bob adds a copy of Alice’s same condition on the payment she gave Bob.

The coffee shop has the original data used to produce the hash (called a pre-image), so the shop can use it to finalize its payment and fully receive Bob’s payment. By doing so, the shop makes the pre-image available to Bob.

Bob uses the pre-image to finalize his payment from Alice. This is all done automatically by the lightning nodes.

The Lightning Network allows nodes to charge fees for routing payments, however these fees are much smaller as no cryptographic puzzle needs to be solved by the nodes. There are two types of fees in the lightning network:

There are no miners in the lightning network, and all fees go to the node that routes the payment. The Lightning Network is set up to compensate people for providing liquidity to the network. A user who has a lightning node can set fees that other Lightning nodes will have to pay to use the users capital for routing.

The lightning network lets users transfer bitcoin by opening a payment channel with another node, which takes the form of a multi-sig smart contract on the blockchain. All transactions are then off-chain, and transactions are updated locally in payment channels between nodes. When one of the nodes of the channel decides to close it, the most recent balance is then pushed to the blockchain. Nodes in the lightning network can transact without opening a payment channel for every transaction. The network allows payments to be routed via interconnected nodes using smart contract functionality.