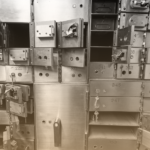 Online credit card transactions helped spawn the era of e-commerce. Once consumers felt comfortable paying for things online, e-commerce exploded globally, and companies like Amazon reached omnipotent status in part due to consumer trust in digital payment technologies. But online credit card transactions are “pull transactions,” and have created two massive problems on both economic and societal scale: data breaches and fraud. Bitcoin offers the world a solution in the form of wide scale online “push transactions,” a superior way to conduct global e-commerce and help eliminate breaches and fraud.

Pull transactions require consumers to hand over personal identification, payment data, and implicit authorization for a merchant to “pull” money from their account. A push transaction is a payer-initiated transaction; no data or authorization changes hands.

Pull transactions require customers to trust that only the exact, authorized amount will be charged, and that the merchant will protect personal data forever even though they might only need it once. Pull transactions in e-commerce create enormous honeypots of digital data that grow over time and eventually get hacked. Recent hacks of Marriott, Equifax, and Capital One resulted in over 700 million people’s privacy violated and put at risk of financial fraud and theft.

Bitcoin push transactions eliminate the need for merchants to collect customer data. A merchant can accept bitcoin for an online purchase without ever needing a customer’s name, address, or payment information. Bitcoin derives transactional demand directly from this ability to serve as a reliable digital proxy for cash and truly revolutionizes the way we can conduct commerce over the internet. The glaring flaws of pull payments when it comes to privacy issues are only becoming more apparent with each passing data breach (which can be tracked using Gemalto’s Breach Level Index). As they say on Twitter, “Bitcoin fixes this.”

Pull transactions expose online merchants to the risk and cost of both fraud chargebacks and chargeback fraud, also known as friendly fraud.

Fraud chargebacks result from stolen or compromised payment data being used fraudulently for payment without the cardholder’s knowledge or consent. For online transactions, in which merchants are liable for fraud by default, this can add up to substantial costs. Online card-not-present (CNP) transactions have accounted for 60-70% of total fraud in recent years. Juniper Research reports that online sellers will lose $130 billion to online payment fraud between 2018 and 2023 due to e-commerce growth, increased money flows, mobile payments usage, and frequent data breaches. Research from LexisNexis shows that up to 80% of fraud losses are attributable to consumer misuse of chargeback rights rather than to identity thieves and other criminals.

Chargeback fraud and friendly fraud are on the rise due to the ease of disputing a charge and increased consumer awareness of their chargeback rights. Honest merchants are being defrauded by customers with increasing frequency; chargeback fraud is increasing by 41% every two years. Credit card companies have created elaborate measures to reduce chargeback fraud, but these protections come at a cost which is passed along to the merchants in the form of higher transaction fees. These fees must be high enough to cover all the labor and resources required to monitor and prevent chargeback fraud, which experts have estimated will cost merchants $25 billion next year.

Push transactions cannot result in fraud chargebacks or chargeback fraud, because payment methods like cash and Bitcoin are irrevocable and final when accepted. Merchants can honor legitimate refund requests, but a third party cannot arbitrate a return and cancel the payment, like credit card companies do. Many businesses around the world operate as cash-only endeavors specifically to avoid the prospect of chargebacks and fraud, but this wasn’t possible online until Bitcoin emerged as reliable, secure digital cash.

Consider the following scenario: Sofia, a painter, wants to sell her work at a local art show. In the past, she ran a cash-only business. Today, she is equipped with a mobile credit card reader because she knows that most people aren’t carrying enough cash to buy her expensive $300 original paintings. By the end of the show, she sold two paintings. One customer paid with cash and the other with a credit card for $600 in total sales.

The next day, the customer who paid by credit card tries to defraud Sofia by claiming the painting was a copy – not an original art piece as advertised – and initiates a chargeback but doesn’t intend to return the purchase. Sofia knows the claim is false, but the credit card company doesn’t have time to properly investigate each case, and prioritizes retaining cardholder loyalty, particularly when they are in relatively good standing. Protecting chargeback claims is the best way to retain this loyalty. The chargeback claim is approved and the painter loses $300 and 50% of her sales for the day, becoming yet another victim of chargeback fraud.

Luckily for Sofia and businesses the worldover, there is a push technology that solves the cash problem and eliminates chargeback fraud entirely: Bitcoin.

Push money is the solution

The concept of push money is as old as the concept of money; whether shells, beads, gold coins, or paper dollars, all transactions historically have been payer-initiated and cash-like. Pull money is a more recent invention, and its convenience led to its mass adoption. Increasingly, our society is becoming cashless. People are carrying cash less than ever before as mobile banking, credit cards, and e-commerce take control of the global economy. As cash becomes less and less relevant as a transactional system, businesses have an option with Bitcoin to operate online with push money, reducing the need to collect customer data, the risk of breaches, and the potential forfeit of revenue due to fraud chargebacks and chargeback fraud.

Bitcoin: the most secure way to push money online

Bitcoin is cash for the internet. Bitcoin is a push money system in which payments simply push from consumer to merchant. Consumers don’t have to hand over any personal data, and merchants receive their money as final payment. OpenNode powers this relationship using the secure Bitcoin infrastructure with its easy-to-use and customizable checkout solutions.

The pull money system is frankly a drag on the global economy. Standard merchant transaction fees are much higher than OpenNode. OpenNode also offers lower fees for larger transaction values, in large part because we don’t have the burden of maintaining a large centralized processing infrastructure or provisioning funds for chargeback fraud or data breach litigation. Bitcoin fixes many problems with legacy online transactions, and we at OpenNode can help you retain more revenue using Bitcoin.

Sign up for free at www.opennode.com and start accepting digital push payments today!