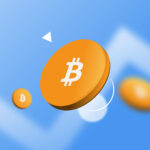 The History of Bitcoin: A Timeline5 min read

The History of Bitcoin: A Timeline5 min read

1982: David Lee Chaum introduces the idea of digital cash and the blockchain protocol with his dissertation “Computer Systems Established, Maintained, and Trusted by Mutually Suspicious Groups.” Bloomberg would later refer to Chaum as the Godfather of Crypto.

1997: Adam Back, who reportedly discussed this idea as early as 1992, proposes a proof-of-work algorithm called HashCash that would later serve as the basis for Bitcoin mining.

October 31, 2008: Satoshi Nakamoto, an anonymous person or group, posts the “Bitcoin: A Peer-to-Peer Electronic Cash System” paper to the Cypherpunks mailing list. This paper arguably served as a Declaration of Independence for decentralized finance.

January 3, 2009: Satoshi sends bitcoin to software developer Hal Finney. This resulted in the mining of the “Genesis Block” (or Block 0), marking the birth of Bitcoin and the start of the Bitcoin blockchain. Another transaction took place six days later, creating Block 1, with some suggesting the wait time was a nod to the six days of creation in The Book of Genesis.

November 28, 2012: After a total of 10,500,00 bitcoin had been mined, the rate of new production was cut in half. These halving events take place every four years until the final new bitcoin is mined in 2140.

April 2013: The collective value of all bitcoin exceeds the billion-dollar mark, leading to a media frenzy and interest from Silicon Valley investment firms.

July 2013: The Winklevoss Twins (of Facebook fame/infamy) file a proposal with securities regulators for a Bitcoin exchange-traded fund.

November 18, 2013: During a U.S. Senate hearing, federal officials acknowledge that digital currency networks offer benefits for the financial sector, showing a growing awareness by the government that Bitcoin is more than a fad. That month, the value of Bitcoin rose sharply to a peak of $1,100, having started the year at $13.

December 18, 2013: HODL, an acronym for “Hold On for Dear Life,” is born after a semi-coherent Bitcointalk forum user types “I am hodling” in reference to “holding” Bitcoin. The typo sparked the creation of a phrase that would define a movement.

February 2015: Thaddeus Dryja and Joseph Poon publish the first draft of a white paper that introduces the Lightning Network as a way to facilitate fast bitcoin transactions at scale.

October 2, 2015: The Unicode Consortium receives a proposal to add a code point for the Bitcoin symbol. A month later, it was approved.

January 2016: The Bitcoin network exceeds one Exa Hash/s (or about 10.8 ZettaFLOPS/s) for the first time.

April 2017: Japan legalizes the use of bitcoin for payments.

May 2017: The first bitcoin payment is made on a non-test Lightning Network. The micropayment settled in a fraction of a second.

August 2, 2017: Segregated Witness, or SegWit, is activated as a protocol upgrade that helps scale the network and increase privacy.

2018: OpenNode, formed in 2017, harnesses the speed and scalability of the Lightning Network to launch a Bitcoin-payment platform for everyday use.

2019: The Lightning Network goes live on the Bitcoin Mainnet.

October 2020: PayPal announces that users will be able to buy and sell – but not deposit or withdrawal – bitcoin on the platform.

June 9 2021: El Salvador adopts Bitcoin as legal tender that can be used for any transaction, becoming the first country to make Bitcoin a national currency. The country has not had a native currency since 2001, when it switched to the U.S. dollar.

June 27, 2022: SEC Chairman Gary Gensler tells CNBC, “Bitcoin, and that’s the only one I’m going to say… [is] a commodity,” putting it in the same category as more easily traded assets like oil and gold.

July 12, 2022: The number of total Bitcoin addresses ever created hits the 1 billion mark.

May 30, 2024: The expected date of the next Bitcoin halving will mark the fourth halving event since the currency’s inception.