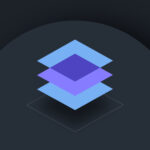 The blockchain is commonly described as having three main layers. These include the original underlying architecture, protocols like the Lightning Network that improve functionality, and lightning finance (LiFi) apps and games. The following is more information on each.

Layer 1 (sometimes abbreviated as L1) refers to the blockchain itself and its underlying architecture. When discussing Bitcoin, layer 1 is the BTC blockchain and all of its key components, including the network nodes, the public ledger and the proof of work (PoW) verification mechanism. When the blockchain was first introduced in 2009, it was just that, the blockchain, without any layers. For years, there was no need for additional layers or protocols as Bitcoin transactions could take place quickly and inexpensively. However, the surging popularity of Bitcoin purchases and transactions changed that. Processing times became slower, more expensive and less environmentally sustainable. These issues made it difficult for Bitcoin to function properly as an everyday currency of exchange. The solution to these issues led to the creation of layer 2 protocols.

Layer 2 (or L2) refers to protocols built on top of the blockchain to improve functionality and solve speed, cost and scalability issues. The Lightning Network, arguably the most prominent layer 2 protocol, epitomizes how this works. Transactions take place on the second layer, meaning they are not immediately added to the blockchain, enabling much faster processing times and the instant settlement of funds at significantly lower cost. By creating a scalable solution for real-time payment processing, the Lightning Network empowers the widespread use of Bitcoin for making everyday payments of any size. These protocols are often described as “off-chain” because transactions occur on top of the blockchain, not directly on it like “on-chain” transactions, though Lightning Network transactions are added to the BTC blockchain later in batches.

Layer 3 (or L3) refers to protocols that enable decentralized finance apps (or DApps) and games on various blockchains. The application layer, as it’s often called, can include cross-chain functionality. The core BTC blockchain has yet to embrace layer 3 functionality in part because the primary purpose of the network remains the transfer of bitcoin, not hosting apps.

OpenNode provides merchants with no-code solutions to receive Bitcoin payments through the Lightning Network protocol, and our instant exchange gives merchants the option to convert Bitcoin into local currencies – in part or full – instantly at the time of sale or anytime on demand. For more information on how your business can start accepting Bitcoin payments within minutes, please click here.