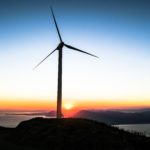 Is Bitcoin bad for the environment?6 min read

Is Bitcoin bad for the environment?6 min read

To address the question of whether Bitcoin is bad for the environment, we have to consider why the question arises in the first place. The Bitcoin protocol involves a process known as proof of work which involves solving a complex computational problem in order to mine new Bitcoins. Mining requires specialized hardware and a significant amount of energy to use this hardware and keep it cool. In this post, we will be looking at

According to the Cambridge Bitcoin Energy Consumption Index (CBECI), the Bitcoin network’s estimated annualized power consumption is 130.39 terawatt-hours (TWh) at the time of writing. This would account for about 0.59% of the world’s total energy consumption and would place it between the countries of Ukraine (129.81 TWh) and Sweden (131.8 TWh). It’s important to note that this is the best guess estimate since there is no way of accurately calculating the exact electricity consumption. This is an enormous amount of energy but when it comes to environmental concerns, what we need to consider most of all is carbon emissions from producing this energy. By using renewable energy sources such as hydropower, wind, and solar, Bitcoin mining reduces carbon emissions as it seeks out the most inexpensive sources of energy.

The estimates for the percentage of Bitcoin mining powered by renewable energy vary because they rely on surveying the mining industry which is built up of individuals who are historically privacy-conscious. For example, the Cambridge Center for Alternative Finance (CCAF) estimated in their 3rd Global Cryptoasset Benchmarking report (2020) that 76% of miners use renewable energy as part of their energy mix. However, the percentage of renewable energy used out of the total energy consumption of miners is closer to 39%, with hydropower listed as the number one source of energy. A lot of this hydropower comes from the Sichuan province of China, where there is more supply than demand for the energy produced.

In contrast, Coinshares estimated in their December 2019 research report on the Bitcoin mining network that the percentage of renewable power generation in the Bitcoin mining energy mix stands at 73% (with a 5% margin of error), around four times the global average and making it more renewables-driven than any other large scale industry according to them. As a caveat, they mention that due to seasonal changes in electricity pricing, miners in China may change locations and their energy mix could lead to an overestimation of renewables penetration. Despite these concerns, both of their data estimates and trends show a significant portion of mining energy consumption is powered by renewables.

One of the more recent innovations in energy utilization has been Bitcoin mining operations being powered by stranded gas. Stranded gas is natural gas usually formed as a byproduct of oil production that has limited use and is continually wasted. When there is no infrastructure in place or it is economically not feasible to transport or store this gas, oil fields will either flare (deliberately burn in order to prevent the risk of explosions) or vent (release into the air) this gas, increasing carbon emissions in the process. In 2019, two of America’s biggest gas fields vented an estimated 493.2 billion cubic feet of gas, which if released directly into the atmosphere would have the environmental impact of seven coal-fired power plants. In response to this environmental issue, companies such as Upstream Data and Crusoe Energy Systems are offering mobile mining data centers that can be bought or rented by oil companies and installed at facilities that need to address the issue of stranded gas. Using these mining data centers can earn the oil companies 15 times the revenue they would receive for the fuel at market price while limiting carbon emissions.

In December 2019, Crusoe Energy Systems announced it had plans to set up 70  bitcoin mining units this year, preventing the flaring of 10 million cubic feet of gas per day. They also announced a partnership with a Norwegian state-owned company oil and gas multinational ranked in the top 15 globally, which will undoubtedly lead to an even bigger decrease in carbon emissions. More recently, another Norwegian energy company with 180-year history named Aker set up a new company named Seetee dedicated to Bitcoin and mining investments. In a letter to their shareholders, the company announced they would be engaging in mining operations using stranded electricity without stable local demand and referred to Bitcoin as a “load-balancing economic battery” which will be essential to the energy transition required to reach the targets of the Paris Agreement.

Unlike traditional energy extraction models that rely on proximity to where the energy will be used by humans due to constraints on transportation of the energy, Bitcoin mining represents geographically independent activity. This means that with the help of satellites and wireless internet connections, mining operations can be set up in remote locations where it would otherwise not be economically feasible. For example, dams could be set up around isolated waterfalls around the world to harness that unused energy. Future possibilities aside, a recent example of mining in remote locations is the first mining operation set up in the Arctic part of Russia. With freezing temperatures and cheap electricity costs, the environment is ideal for Bitcoin mining. Bitcoin mining is an economically beneficial activity that can encourage new sources of renewable energy development and the faster we develop new renewable energy sources, the better it is for the planet.

How Bitcoin can be a net positive for the environment

At the end of the day, it’s undeniable that Bitcoin uses a lot of energy. However, a significant portion of this energy consumption comes from renewable sources and it is also helping to reduce carbon emissions and energy waste by making use of stranded gas and over-capacity hydro-electric power. According to the World Bank, 5.3 trillion cubic feet of natural gas is flared annually. If this wasted energy was instead used for Bitcoin mining, it could reduce the associated carbon emissions, thereby making mining a net positive for the environment.

Critics of Bitcoin will question whether using this amount of energy is worthwhile for securing the Bitcoin network. At OpenNode, we believe that mining is a critical part of Bitcoin’s design to facilitate the transfer of value without a central authority. The cost of mining Bitcoin is fundamental to its value. As a last thought, here is an infographic from CBECI for some perspective on energy consumption.