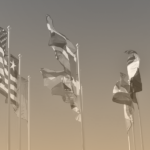 Bitcoin is the only currency in the world that can be used or exchanged anywhere internet access is available. Bitcoin as a universal technology with unparalleled benefits is changing the way the world transfers value. Remittance payments are just one payment flow that is being revolutionized by Bitcoin.

A remittance is a transfer of money that is not tied to a commercial exchange for a product or service. Remittances are most often sent by foreign workers to individuals or family members in their country of origin. Global remittance flows totaled $500-600 billion in 2019. Remittances, delivered through informal or formal channels, are credited with reducing poverty and acting as insurance for the poor in developing countries, according to the World Bank.

The cross-border remittances market is dominated by banks and Money Transfer Operators (MTOs). Traditional mechanisms for transferring money overseas can be expensive and slow due to high transfer fees, number of intermediaries, and limitations of traditional infrastructure.

Fees and Intermediaries: Traditional remittance service providers go through multiple steps involving a number of parties to get money across borders which all charge for their role in the movement of money. Some costs come in the form of hidden fees, like currency exchange rate markups that are not clearly disclosed. Not surprisingly, the person you send money to receives way less money than you sent. According to the World Bank, sending remittances costs an average of 7.32% of the amount sent.

Limitations of traditional infrastructure: Though banks do not specialize in remittances, they are an essential part of the remittance industry, as they provide the traditional infrastructure that enables money transfers. Not only does routing from bank to bank take time, but the process must also account for daily cut-off times and weekends when banking systems are not operational, which means transfers can take anywhere from 1 to 10 business days.

Fees and Intermediaries: Bitcoin eliminates all of the banking intermediaries required by traditional remittance processing. Digital developments and focus on user experience can provide total transparency into the transfer process and associated fees. At OpenNode, we believe sending remittances anywhere in the world should cost no more than 1% of the amount sent. The World Bank has noted that cutting remittance costs by 5-6% can save senders $15-20 billion a year.

Bitcoin’s Internet-based infrastructure: Bitcoin transfers are confirmed and sent to a recipient’s wallet within about 10 minutes. The focus for our industry now is optimizing the costs associated with Bitcoin on-ramps and off-ramps – the first and last mile processes for exchanging Bitcoin into and out of local currency.

OpenNode offers a simple solution for remittance payments powered by Bitcoin. We support fast, low-cost Bitcoin transfers and conversion and bank transfers for a number of local currencies at rates as low as 1% processing cost + 0.2% for conversion/transfer. Additionally, OpenNode users can exchange Bitcoin to their desired currency at the time of the transaction to avoid Bitcoin price volatility.

There is no doubt that Bitcoin has the potential to revolutionize many aspects of the payments industry, and one of the most significant areas is international remittance.