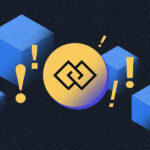 The Importance of SegWit2 min read

The Importance of SegWit2 min read

One of the greatest bull runs in Bitcoin history took place in 2017. The yearlong rally led to a media frenzy and a surge in transactions that bogged down the Bitcoin network and lengthened processing times. A much needed solution came in the form of Segregated Witness, or SegWit, a protocol upgrade that was activated on August 24, 2017.

So, what is SegWit?

The overly simplistic answer is an updated way to store data on the blockchain that helps the network run faster and protect against small changes in transaction data. The less-simple answer is that SegWit divided transactions into two segments: the transaction data and the witness data. The first set of data includes information on the transaction itself, such as the wallet addresses of the sender and receiver. The second set of data contains the network signatures that essentially serve as a certificate of authenticity. Before the activation of SegWit, both sets of data were saved together on new blocks. Removing the witness data from the main block enabled more transactions per block and increased the speed and capacity of the network. This invaluable protocol helped on-chain Bitcoin transactions to continue scaling.

SegWit also provided another important change. Separating the witness data also fixed transaction malleability, an issue that involved small changes in the transaction’s ID. This made it possible to rely on the ID for transactions that had yet to be confirmed, which opened the door to new use cases. Most importantly, this fix enabled reliable, instant and low-fee transactions to take place on the Lightning Network, an off-chain scaling solution that followed shortly after SegWit. The OpenNode platform is built on the Lightning Network, which has played an invaluable role in expanding Bitcoin’s use as a method of payment.